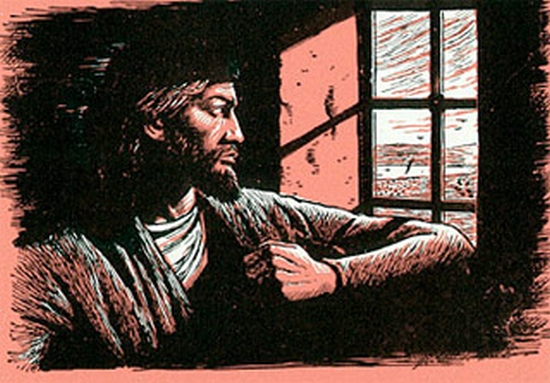 2-3 John, meanwhile, had been locked up in prison. When he got wind of what Jesus was doing, he sent his own disciples to ask, “Are you the One we’ve been expecting, or are we still waiting?”

4-6 Jesus told them, “Go back and tell John what’s going on:

The blind see,
The lame walk,
Lepers are cleansed,
The deaf hear,
The dead are raised,
The wretched of the earth learn that God is on their side.

“Is this what you were expecting? Then count yourselves most blessed!”

7-10 When John’s disciples left to report, Jesus started talking to the crowd about John. “What did you expect when you went out to see him in the wild? A weekend camper? Hardly. What then? A sheik in silk pajamas? Not in the wilderness, not by a long shot. What then? A prophet? That’s right, a prophet! Probably the best prophet you’ll ever hear. He is the prophet that Malachi announced when he wrote, ‘I’m sending my prophet ahead of you, to make the road smooth for you.’

11-14 “Let me tell you what’s going on here: No one in history surpasses John the Baptizer; but in the kingdom he prepared you for, the lowliest person is ahead of him. For a long time now people have tried to force themselves into God’s kingdom. But if you read the books of the Prophets and God’s Law closely, you will see them culminate in John, teaming up with him in preparing the way for the Messiah of the kingdom. Looked at in this way, John is the ‘Elijah’ you’ve all been expecting to arrive and introduce the Messiah.